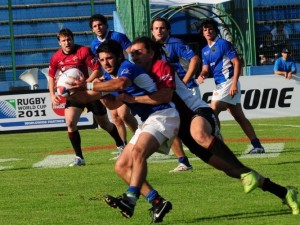 Between january 7th and 8th, the twenty second edition of the seven a side of Punta del Este will be held in Campus de Maldonado Stadium. This time the tournament will be completely south-american, with 18 teams participating. 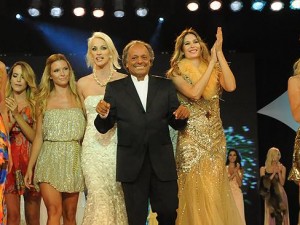 Despite rumors of its bankruptcy, Roberto Giordano is going to held his traditional fashion show, who has been doing year after year in Punta del Este. The parade will be held at the Conrad Hotel on Friday January 7 and will feature models of various nationalities.

In the parade, the Argentine models Solaro Soledad Dolores Barreiro will present their own clothing label, which has already gained possitive comments. While on the side of haute couture, Veronica de la Canal with other designers, will show his collection on the catwalk.

Without doubt, a classic show which Punta del Este could not miss again this year. 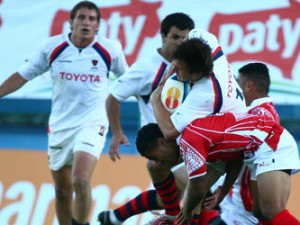 The traditional Seven a Side Rugby Tournament will be held between 3 and January 4, 2010. It will take place at the Municipal Campus de Maldonado, and will feature 26 teams, including the Samoan squad, seeking to repeat the title for the third consecutive time.

Another of the figures invited by the organization is the former All Blacks wing Jonah Lomu, an emblem in the decade of 90 in world rugby, who once participated in this tournament.

For those interested in purchasing tickets for this event, the totality of them will be distributed as an invitation of the main sponsors of the pageant. You can find them at various places in Punta del Este the week before the event.

Since 1996 (except 2009), the International Festival of Jazz takes place every summer. For lovers of this music, artists from around the world come to Punta del Este to play this melodies.

In summer 2010 the festival will be held in “Finca El Sosiego”, next to the dairy farm Lapataia, where the event was done previously. This place, surrounded by hills and nature, it\’s a perfect combination to enjoy this event.

The 14th edition of the festival will be held between 7 and 10 January, with musical direction by Paquito D\’Rivera.

Among the featured artists stand the drummer Terri Lyne Carrington (http://www.terrilynecarrington.com) , with the voice of Niki Harris Helen Sung on piano, saxophonist Grace Kelly and Katie in Thiroux on bass.