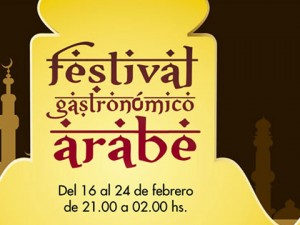 Conrad Punta del Este continues its tempting proposal for this international festival season. From 16 to 24 February, with a buffet dining space, welcomes the famed Chef Abdala and Middle Eastern specialties.

With over 25 years of experience in Middle Eastern cuisine, Abdala delight diners with dishes made with original materials.

Finally, Arab sweets are a must to accompany a typical coffee with spices: Baklawa, MAMUL and Harise.

About the chef Abdala:

In front of the Syrian Lebanese cuisine Club of Buenos Aires, teacher and author of the books “Passion for Middle Eastern cuisine” and “Arab passion for cooking,” Chef is a master Abdala Ambassador to the best of Arab cuisine in Argentina.

The vocation defines a person as a few other things, especially for someone who is committed to the fullest with what it does and who devotes his life to capture that vocation. Edi Abdullah, son of Lebanese immigrants, took very young her special gift in the kitchen, the “kitchen of friendship”, as he calls it began to do lessons from his mother and his grandmother. In front of the Syrian Lebanese Club restaurant in Buenos Aires, calling his name and joined to form what is now a registered trademark in Middle Eastern cuisine. So, Abdala Edi became the Chef Abdala.

Abdala undertook a journey of initiation into the origin of the kitchen of his childhood. “After taking classes with chefs, as Carlos Muñoz, I went outside where I worked in a lot of Arab cuisines. In hotels in Beirut, Lebanon and Damascus, Syria, did internships foguearme and learn. ” It was the early 80s and I was about 40, but nothing for his conviction was too late. “When I add learning process as essential condiment of my greatest inheritance that always made” the food of the people “, with its flavors and smells so special.” Then pointing to kebbe as the signature dish of the Middle East.

“The kitchen is fashionable today in the world is the Mediterranean, and it originated in the Middle East. Almost everything today like, for example the use of olive oil and olives, left the Arab world wide “emphasizes this man who takes on the challenge of innovating a kitchen whose foundations are written for centuries.