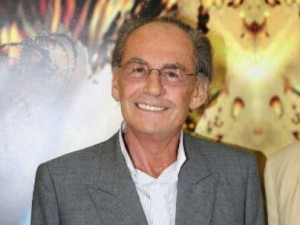 Pal Sarkozy, father of French President Nicolas Sarkozy, arrived to Punta del Este to spend a short vacation with his partner and exhibit his paintings in the Galeria de las Misiones, located in the area of Jose Ignacio.

The sample containing his works is entitled “Something familiar, something strange” and it is an exhibition by the German artist Werner Hornung, with whom he exhibited his paintings in Spain, Russia and Japan.

His works, which have been defined by Sarkozy himself father as “art 2.0” (referring to his penchant for combining traditional painting techniques and new technologies) and “decadent realism” (by the proliferation of nude women and sex scenes in his paintings ), including a controversial portrait of his son wearing an earring and another of his wife, Italian former model and singer Carla Bruni playing the guitar on the piano.